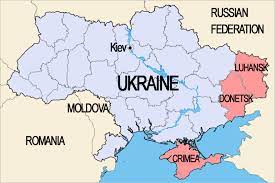 Recognition of the independence of the DPR and the LPR was the only possible step on the part of Russia in the context of the deterioration of the situation there, Moscow had no other choice.

Russia states that “recognition of the independence of the DPR and LPR is the only possible step by Russia in the context of a radical deterioration in the Donbass, the reluctance of Kiev to comply with the Minsk agreements and the focus of the Ukrainian authorities on a military solution. We save our fellow citizens from genocide, from physical destruction.”

But what are the consequences for the wider crisis?

Russian-backed separatists in the Donetsk and Luhansk regions – collectively known as Donbass – seceded from control of the Ukrainian government in 2014 and declared themselves “independent democracies” until recently unrecognized. Since then, Ukraine says about 15,000 people have been killed in fighting.

Russia has denied involvement in the conflict, but has backed the separatists in a number of ways, including through covert military support, financial aid, supplies of COVID-19 vaccines and the issuance of at least 800,000 Russian passports to residents. Moscow has always denied that it planned to invade Ukraine.

For the first time, Russia says it does not consider Donbass a part of Ukraine. This could pave the way for Moscow to send military forces to the breakaway regions openly, using the argument that it is intervening as an ally to protect them from Ukraine. The separatists will then look to Russia to help them take control of parts of the Donetsk and Luhansk regions that are still under the control of Ukrainian forces. If that happens, it could lead to an open military conflict between Russia and Ukraine.

Russia’s recognition effectively eradicates the 2014-15 Minsk peace agreements, which, although not yet implemented, have so far been seen by all, including Moscow, as the best opportunity for a solution. The agreements require a high degree of autonomy for the two regions within Ukraine.

Western governments have been lined up for months to warn Moscow that any move of military forces across the Ukrainian border would bring a strong response, including severe financial sanctions.

US Secretary of State Antony Blinken said last week that the recognition “would further undermine Ukraine’s sovereignty and territorial integrity, constitute a gross violation of international law and would further diplomacy to reach a peaceful solution to this crisis “.

Yes – it recognized the independence of Abkhazia and South Ossetia, two breakaway regions of Georgia, after a brief war with Georgia in 2008. It provided them with extensive financial support, extended Russian citizenship to their populations, and stationed thousands of troops there. It is worth noting that a few minutes after Putin’s decision and signature, Abkhazia issued a statement supporting the Russian President’s decision to recognize the Donetsk and Luhansk People’s Republics.

In the case of Georgia, Russia used the recognition of secessionist territories to justify an unrestricted military presence in a neighboring former Soviet republic, in an attempt to curtail Georgia’s ambitions indefinitely in NATO, denying it full control of its territory. . The same thoughts will apply to Ukraine.

Russia, on the other hand, faces sanctions and international condemnation for abandoning the Minsk process after long claiming to be committed to it. 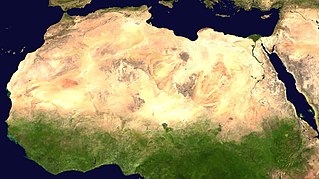 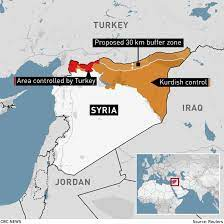 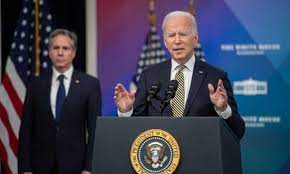