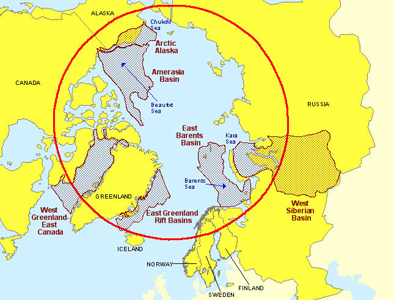 The rise of the sea temperature due to global warming and the gradual melting of ice in the Arctic will enable them to transform into much milder the extreme prevailing and settled hostile to human survival conditions that prevail at the North Pole making the Arctic more easily habitable to colonizable.

At the same time the northern icy ocean will be all navigable for the merchant ships, changing them to date for centuries of well-known sea trade shipping routes and corridors respectively which existed from the time of Vasco de Gama and until today.

It is prohibited by intellectual property law or in any way illegal use of this article, with heavy civil and criminal penalties for the offender.

These new under configuration marine trade corridors from Europe to Asia and North America equally and vice versa will no longer have to make the circle of Africa or pass through the Mediterranean Sea and the canal of Suez.

For the first time the frozen ports, for the longest period of time, Murmansk and Siberia (Russia), Churchill (Canada) will be readily accessible from the merchant ships of both the northern European countries, and North America as well as Russia, China and Japan, drastically reducing the distance between them (more details on future geopolitical  developments  at  Global  level  due   to Climate  change  please read  the  analysis «Future Global Geopolitical Development due to accelerated Climate change», category: social, published  on  05 September, 2019).

The economic and development benefits for Canada

Canada is one of the countries that will benefit greatly from climate change. As global warming continues and the melting of the ice is accelerating, the more access from the sea and the time of sea accessibility during the year to the Canadian Arctic part will be increased. This means an increase in trade by sea and a greater volume of cargo transport to and from North America (Canada) through the North Pole.

In order Canada to get the most out of these developments, the Canadian government should prepare a large public investment package to create the right infrastructure for both existing ports and airports (for the transport of highly sensitive products from the air) as to the reconstruction of any road network and why not a rail network if the temperature will not fall below -15 degrees Celsius during the year (if the  temperature  decreases  to  -30  and  -40  degrees  Celsius  and  as  it was done until  today  then  the  rail  network is distorted  and  breaks).

Then the Canadian government have to give strong incentives to populate the Canadian Arctic part, gradually creating new cities that will absorb for permanent habitation and establishment all those citizens and their families who work in the sectors of transport of sea products, winter and alternative tourism, fishing, extraction of rare earth and hydrocarbons, in the construction sector, in the energy sector, etc.

These incentives should be in the form of tax exemptions for a specified period, accompanied by zero and/or negative interest rate loans (basically we refer to loans with subsidized lending rate) for the development and acquisition of housing and creating businesses in those areas. To date all businesses operating in the Canadian arctic part contribute less than 2.35% in Canada’s annual GDP.

A public investment package of around $35 billion (USD) can eject the annual growth rate of Canadian GDP to 5%-6% for at least a decade, while the existing annual GDP will increase by 20%.

The geopolitical dangers that will face Canada

But the drastic reduction of ice and the ever-increasing period of permanent residence in the Arctic part of Canada creates parallel and increased geopolitical risks for Canada.

Given Russia’s strong interest in controlling the Arctic is constantly increasing in the future the chances of Canada accepting in its Arctic part airborne initially military invasion by the Arctic, which Arctic will be controlled by Russia and without the Russian troops having to go through the state of Alaska belonging to the United States.

This means that the drastic increase in the density of the Canadian population in the Canadian Arctic part is judged to be immediately enforced so that large population densities/masses can be subjected to move and support both in provision of human resources and in terms of logistics in the first instance the armed forces of Canada in the event of an invasion by the Arctic.

Canada may be covered defensively by NATO and the USA but that does not mean that everything should be left to complacency, given that the US is increasingly turning their attention to China.

In this case Canada will have to drastically increase its defense spending and mainly spending on R&D  in the military-defense sector with great emphasis being given to its domestic defense industry to  maximize at the same time the benefits to its economy and the further development of its GDP, achieving and exporting to defense material. 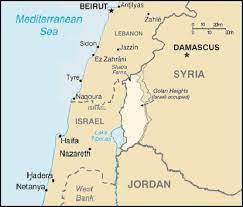 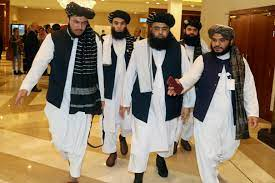