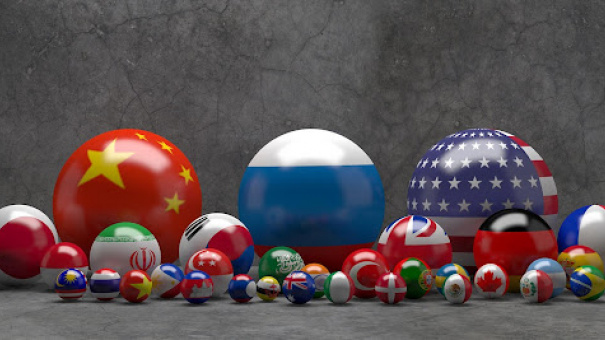 There are increasing indications that the two essential belligerents on the Ukrainian front, Russians and Americans, are approaching the “break-even point”, that is, the one where both begin to consider it in their interest to seek a way out of the military conflict. The Russians are unable to achieve the objectives they sought at the beginning of the invasion, and the Americans, despite not shedding blood on the field, are finding that their stance is beginning to accumulate costs, which they wish to limit.

As in any war conflict, the aforementioned break-even point is the beginning of the effort to find a way out of the conflict. This is, of course, a long way from the final disengagement, which can take the form of a cold peace, that is, an armistice like the one that ended the hostilities and eventually the war on the Korean Peninsula (1950-53), to the signing by the belligerents of a peace treaty.

It should be taken into account here that all those involved, Russians, Americans and Europeans, refrain from presenting a single line within their leadership. In other words, not everyone wants disengagement. The West is particularly divided. Practically, then, this means that the convergents will try to coordinate. The late “pigeons” of all sides are motivated to isolate the “hawks” both inside and on the opponent’s field.

In the case of Ukraine, assuming that the exploratory talks will ever come to fruition, the odds are clearly more in favor of a Korean-style truce. What will be decided is which territories Russia will keep. Regardless of the rhetoric of the Ukrainian leadership, Ukraine’s economic and armament dependence on the West, especially the US, does not give much room for sustainability.

Instead, a Korean-style armistice offers the most logical way out, if an agreement is eventually reached. The Ukrainian leadership is not going to co-sign the territory concession, making it inconsistent with declarations of not ending the conflict until “all Ukrainian territories, including Crimea, are recaptured.” It will sign the cessation of military operations, formally maintaining its strategic aspirations.

The main part of the Russian gains will be focused on the military coverage-protection of Crimea from the north and the preservation of the territories in the Donbass (Donetsk and Luhansk), where the Russian-conscious populations were and are an overwhelming majority. Ukraine will be credited with the brave resistance and counterattack that changed on the ground perceptions of what each side can realistically pursue. This will enable the leadership in Kiev to survive a retreat from its stated goals, while the arguments about what will be avoided by stopping operations will be self-evident.

The developments indicate that the two sides are reconsidering their stance. The very fact that they are discussing it proves their conditional disposition for a compromise. The severe cold and the particularly harsh winter conditions in the region, gives an opportunity to limit military action, which in turn gives an opportunity to diplomacy, if an interest in disengagement has begun to appear on both sides.

The role of Russia’s foreign intelligence service (SVR) is also of interest, after Putin sacked its head in the initial phase of the drama, because it appeared to be different from the internal security-counterintelligence (FSB) and military intelligence (GRU) ), is justified in its alleged estimates. Typically, of course, the CIA’s Russian equivalent is the SVR. Of course, the meeting between William Burns and Sergey Naryskin in Turkey was highlighted by experts in the Russian intelligence community for its possible internal Russian dimension.

The Liberal Globe has argued that Moscow has sent signals to the West in the past. These, however, were interpreted as weakness in the Western capitals, mainly in Washington, resulting in the escalation of the military effort. Consequently, it is the cost that the West discerns that creates, in principle, an incentive to compromise.

Historically, the West has wanted to control the geopolitical orientation of Russian space. This, during the Cold War, was going through the collapse of the Soviet Union. This was achieved. Proclamations of the supremacy of the market economy were implemented with capitalism dominating. As long as there was Western influence, the elites that formed controlled the situation.

The rise to power of Vladimir Putin changed the facts from the perspective of geopolitical balances. Gradually, the conflict conditions that led to the Ukrainian war took shape. In this process, the manipulation and exploitation of nationalisms, i.e. the strengthening of national identities, played a decisive role.

The Russian leadership today appears to be concerned about the domestic consequences of the severe blow to the country’s image as a superpower and is keen to create conditions that will lead to disengagement, but with some tangible profit to show at home to justify the war adventure. This will allow it to deal with the organized restoration of Russian military power, but mainly with the coherence and strengthening of the regime.

The US, for its part, has cornered Russia and now “fools” Europe. The Europeans, led by the Germans, did not take military threats seriously. This strengthened the Euro-Atlantic bond and clarified the limits of the possibility of disengagement of the Old Continent from the USA. However, the cost paid by Western societies is expected to be maximized during the winter months.

This reality undermines the hitherto tangible American geopolitical gain. Pro-American governments and forces are in danger of shrinking, while the ends of the political spectrum are strengthened. And the inability of the US to solve Europe’s energy problem causes the risk of accelerating the existing dynamics, which threatens to challenge Washington’s geopolitical gains.

The argument is that this situation leads to folding, strengthening on the American side the motivation for a compromise exit from the war conflict. One could argue that a cold peace that cemented the new Cold War would serve American interests. A condition for this is an even informal agreement that Ukraine will not enter NATO.

A counter-argument is Washington’s management of relations with important countries on the periphery of the international system, which refused to cooperate with the US on the Ukrainian issue. Many countries of the Gulf, Asia, but also the most important countries of Latin America refused to face the conflict on the “ideological” terms of Europe. The Euro-Atlantic front is only one of those that will dominate the emerging multipolar world.

Any US obsession with “either the Russians or us” is doomed to failure and will harm American national interests. The meeting of the US-China presidents, with an obvious de-escalation mood, shows Washington’s shift towards multipolar rationality. The economic consequences do not leave the USA intact either, although once again in its history it is less affected compared to Europe. Managing the next phase of globalization that will lead to restrictions on absolute freedom, or the promiscuity caused, is the new great challenge. 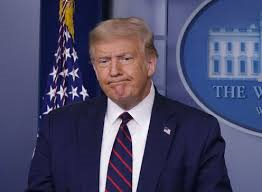