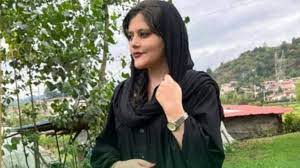 A symbol of the struggle for freedom is Mahsa Amini who died at the hands of the “morals police”. However, the number of dead in the demonstrations is unknown, as the theocratic regime has blocked communications on the internet.

According to information, women are leading the protests, cutting their hair and burning headscarves in public, with the support of thousands of men, mostly young. The government organized counter-gatherings and brought the army into the streets, while still blocking communication platforms. He also believes that this is a “satanic plan of the enemies of the country”.

Armed police are shooting protesters in cold blood, with Iran’s president threatening that the government must deal decisively with those who threaten the country’s security and peace. People set fire to bins and burn a statue of a cleric who was murdered in 1979.

Makhsa Amini is a symbol of the struggle for freedom

The public outrage caused by the death of Mahsa Amini because she did not wear her headscarf properly and while in the custody of the “morality police” is not letting up.

Demonstrations against the regime continue for the eighth day and dozens have been killed by police fire, with the exact number now unknown, after the internet was blocked by the authorities.

Mahsha Amini, 22, from Kurdistan province, was arrested on September 13 in Tehran where she was visiting with her family “for wearing inappropriate clothes” by the morality police, a unit tasked with enforcing the country’s strict dress code. . Her violent treatment by the authorities led to her death.

Unknown number of dead, they “took down” the Internet

They continue to drown the uprising in Iran in blood, with the 24-hour count up until a few days ago, speaking of 36 dead. At this time, the death toll is unknown. In addition, the authorities have cut off public use of the Internet.

In particular, “the internet works marginally, without being able to enter social networks, you cannot enter google and the most important thing for the authorities is that people cannot send messages to each other, which means they cannot hold demonstrations and they can’t upload videos,” said NBC Tehran correspondent Ali Arouzi. “There is no record anymore and that is a very bad sign if the protests don’t stop,” he continued.

The United States lifts some of its trade sanctions to make the internet easier to operate, and Elon Musk activates the Starlink satellite system to bring internet to protesters.

Women flaunting their headscarves and young men continue to lead the protests. They burn their hijabs and cut their hair in front of cheering crowds. In the Kurdish town where Amini came from, protesters appear to have taken control of large parts of the town. Videos show a large crowd of people marching through the streets of the city without the presence of the police, while loud explosions were heard.

Demonstrations have spread to many European cities and even Latin America.

The protests were sparked by the death of 22-year-old Amini and the highly oppressive action of the “morality police”, but at the same time they also give vent to popular discomfort over a series of serious problems: the mismanagement of the economy that is buckling under the weight of American sanctions, the crisis of political credibility after the disputed presidential elections of June 2021 and of course the increasing repression of civil liberties. The obligatory headscarf, or hijab as it is called, however, becomes the “tip of the spear” of the reaction, because it is one of the laws imposed in the strictest and cruelest way by the Iranian regime.

But there is another, deeper purpose. The headscarf has not been compulsory in Iran since the beginning of the Islamic revolution. It became mandatory in 1983 when Khomeini’s supporters realized that it was an effective way to socially and therefore politically control the Iranian people, an excuse to suppress the reaction. 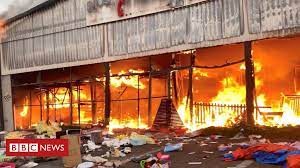 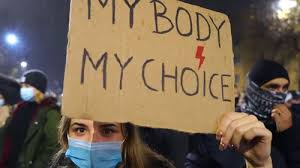