And now what? The model of the tolerant society, the temple of social democracy, Sweden, leans towards the Far Right. In general, its political burden has caused an imbalance which cannot leave the rest of Europe indifferent. Sweden is the Bethlehem of social democracy. The manger of the North where the divine infant of social welfare, of solidarity was born, where the community leaves no one unprotected, not even from their suicidal moods. And now the Swedes seem ready to turn their backs on all that. They want a political leadership that can defend their identity. The main goal is to control immigration.

Commonly the control of the multicultural society. Uncontrolled immigration threatens the values ​​of Swedish society. Obviously some people realize this and that’s why they defend the politicians who want to oppose them. From the North to the South of Europe. And here why nationalism advances. In Italy, France, Greece and various other countries. Last week US intelligence agencies revealed that Russian agencies were funding European political parties to influence their behavior.

The interest in the whole story is the way in which the ruling political Europe deals with the phenomenon. He exorcises it as the rise of the far right. A leveling crisis that cannot capture the variety and diversity of European societies, and therefore cannot meet the demands of a European policy. Whose future we cannot conceive of without the parameter that today we call “extreme right” in order to untangle it.

Can you identify the nationalist Swedes with the French, the Italians and the Greeks who are currently in prison convicted as a criminal organization? There are nationalists who are loyal to the democratic state. Maybe most of them are. So what is the point? Europe, fortunately or unfortunately, is leaning towards a conservatism that it feels is necessary for its survival. Survival instinct. She realizes that she must keep her values, tolerance, secularism, if she does not want to sink into the swamp of globalization.

Europe and its culture exist to remind us that the answer to the quagmire of globalization is not primitive nationalism. It is her great culture, her great literature, her insurmountable thought. Let’s invest in them and leave the rest. What are the rest? Need space to highlight. What we can do now is to pull a thought out of the cupboards. We can think about the future of political Europe today, as we thought until yesterday. Maybe to understand how our tools will be? Is it to understand what Europe will be like in two, three, four, five years, will Welbeck’s prophecy that Le Pen will become president be confirmed? Maybe yes maybe no. What is certain is that the conflicts from here on out will not be the same, as there was another one here. Do we have to adapt? Not necessarily. We can enjoy it from a distance, as misfits. 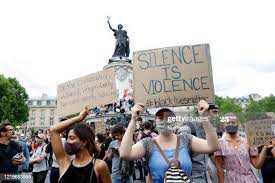