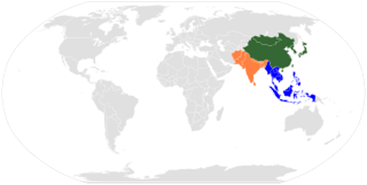 By the end of the 21st century, the centre of gravity of world markets is expected to move to the Indian Ocean and South Asian Pacific Ocean, even though the West for global capitalism remains the symbol of success. Economies of countries such as India, Indonesia and of course China are expected to star as one of the most powerful economies on the planet and by 2050.

Despite the economic dynamics of the East no one expects the East to surpass the West so that it can lead the world as such. This is mainly due to the lack of democracy and authoritarian style governance practiced in countries like China.

A glance at the Democracy Index of Economist magazine compiled by the Economist Intelligence Unit  (www.eiu.com )  (2018) and presents the classification of the 167 Member States of the United Nations according to the quality of democracy in their countries shows us that Japan and South Korea are in a higher position than the USA, Taiwan, Italy, India and several EU member countries.

The advantage of the West versus the East

Many people believe that the element that gives the West an advantage over the East is the rule of law that characterizes the Western states over time and their timeless effort to achieve perfect constitutional states (perfect rule of laws). Essentially, reference is made to societies whose laws are being applied to all citizens without discrimination and in the same way.

Of course, one could argue that the same applies to the countries of Asia, where and given that the corruption and nepotism are at a low level, where laws are applied almost uniformly to all citizens by creating operating conditions of the rule of law.

Other analysts argue that the advantage of Western nations in relation to the States of the East is that Western societies have forged a strong collective personality in their human rights-fighting struggles and improve labour legislation for the benefit of workers and employees.

All these social achievements are reflected in strong institutions and organizations established in these societies in order to protect human rights and the rights of citizens respectively.

In contrast to the states of Asia, societies are presented ‘weak’ in claiming their rights in both the humanitarian and political fields respectively and in the workplaces.

However, in some Asian countries such as India, trade unions are one of the most powerful institutions and organisations in the country.

3. Eliminating gender inequalities in the West

And in this case, there are exceptions such as Taiwan and Japan, which is highlighted by the classification of these two countries in the Democratic Index of Economist magazine.

4. The complete diffusion of education to all children in the societies of the West

The full diffusion of education to children in Western societies is a privilege and basis for the flourishing of democracy in a society that wants to promote human rights and democratic governance. This characteristic and up to two decades ago did not exist in all societies of Asia. Of course, currently there have been significant advances in this area in many Asian countries, but more effort is needed to cover this gap.

However, the difference between the West and the East is concentrated on the fact that the citizen, the person in the West has managed to enjoy a very high degree of freedom of expression and autonomy over most forms of institutional or informal hierarchy structure and power, including the power of the state that lives.

These hierarchical social structures (family, local and religious community respectively, etc.) not having the ability to control over the person living in the societies of the West allow the development of challenge, innovation, taking entrepreneurial initiative, the discovery of the different road to success which are essentially the main elements that define social progress and prosperity respectively.

In contrast to Asian societies, the citizen-the individual still has a significant degree of captive of the respective strong institutional or informal hierarchy of structures such as family, social status, national and religious community respectively, gender, etc.

The result is that the individual feels and experiences free to freely express his creativity and to take initiatives in the social, political and economic fields respectively in consequence, the authoritarian type of capitalism that exists in most Asian countries cannot be adopted by other countries.

This is due to the rivalry between the traditional culture of Asian cultures and the Western type of capitalism that Asian countries have adopted and adjusted to their own measures and traditions.

The new data it has brought and will continue to bring the development of technology globally in areas such as the internet, social media, education etc. it will awaken among all others and the consciences of citizens in Asian societies, making them increasingly demanding in claiming and safeguarding their rights and freedoms.

The Hong-Kong movement and other movements in Asia have a focus and goal of freeing the individuality of the citizen within society.

So long as the societies of the East are not politically liberalised so that political liberalism is accompanied by economic liberalism, the East will not be able to lead and take the primacy of the West at a global level. 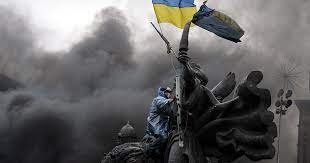 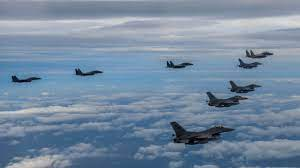 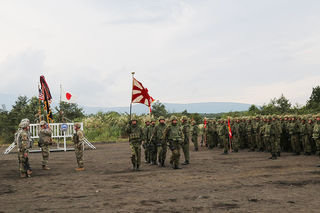