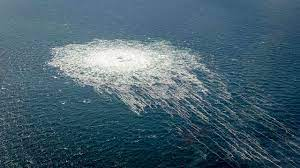 Let’s start our analysis of yesterday’s sabotage of the Nord Stream pipelines – it can hardly be anything else – from an admission. We hate conspiracy theories. Conspiracies certainly exist in our world, but far fewer than those peddled by the naive (let alone successful ones).

However, the sabotage in Nord Stream 1 and 2 is one of those events in the Ukraine war, more precisely in the conflict between a revisionist Russia and a West that is also looking for an axis to redefine itself, that really “smell” of conspiracy. The smell is initially of natural gas welling up in the Baltic but then touches many. Let’s look at them in order.

We know that the Putin regime has been conducting energy blackmail on the West for months. It does it systematically, it does it crudely, it does it profitably, as although the outflow of oil and natural gas from its soil has decreased, but its price has increased. This extortion is done by Russia and of course through the Nord Stream pipelines, basically no.1, the oldest, reducing the supply to it up to below 20% of its capacity. He also does it on no.2, the new pipeline, which was finished, tested, filled with gas, but never worked when the war started. Here the pressure is the “promise,” that if Europe backs down, if it cuts aid to Ukraine, if it pushes for a compromise solution, gas will resume flowing through two major pipelines. “gas canister” by “gas canister” the Russians are asking for and we all see it.

Except that blackmail requires the existence of the… tool of blackmail! By blowing up the pipelines, Moscow has nothing to gain, on the contrary, it loses precisely the lever of pressure and enticement. And it brings Europe and primarily Germany (where the pipelines end) to despair that there is no future in Russian gas. So Russia, at least its current administration really has no apparent gain from this story. And the specific pipelines he had until today found dozens of excuses to close them: Sometimes for maintenance, sometimes because a compression turbine that was “withheld by Germany” was not working (until the Germans were forced to show the turbine ready and declare, here it is come get her). Therefore;

Same as above but in reverse. The country is trying to find natural gas from everywhere in order not to create an economic crisis, not to close the industries in the winter and reduce its exports, so that the social crisis does not intensify. Thus the conductors, even the sub-function no. 1, remained critical and useful. With the 55 billion cubic meters that each of the pipelines can transport every year, it is a basic lifeline for Berlin. Which it is now struggling to replace with imports from other countries, with a new pipeline from Norway, the Baltic Pipe going to Poland, which was inaugurated just these days. So Germany, which has invested so much in their construction, still has no reason to destroy them.

The prime suspect, if social media is to be believed. Indeed, for many years, and especially since the Trump era (when the construction of Nord Stream 2 had started), the Americans warned in all tones: “don’t depend so much on the Russians for energy”. Indeed, Biden has said that “we will close the pipeline, we have a way, if Russia invades Ukraine” (see the video below). Indeed, the US has every necessary “tool” to sabotage the pipeline, but so do many countries. But is it that simple?

Why would the Biden administration at this time do something that if leaked – like the natural gas now bubbling to the surface – would shake its relations with its European allies? Why should the Biden administration, which shows neither particular political flexibility, nor particular diplomatic action, already having a big trauma behind it, that of the shameful departure from Afghanistan, risk such a move? Why the generally static perception that until now Washington has shown the Ukrainian should change with a completely different culture of covert action?

Until now her policy has been simple in its conception. “We will supply Ukraine with weapons until the Russians run out.” And after 7 months they may be close to their goal: Russia is retreating from the Ukrainian counter-offensive, forced to declare conscription, Russian youths are fleeing in panic from every open border of the country, popular discontent in Russian lands is growing. And the first images from the recruitment are also disappointing, the new “fantasy” appear with rotten weapons, without basic equipment, already disillusioned and without morale. So why, at this critical juncture, should Washington “remember” its dark conspiratorial self, the good old days of the CIA and covert operations, overthrows of foreign governments, sabotage and “red sheep” type actions?

Our assessment – and not knowledge of course – is that the current government in Washington hardly has such reflexes. Of course, we do not rule it out, and here is the joy of the conspiracy.

Let’s open up our conversation a bit shall we? Who directly benefits from the destruction of Nord Stream? But in practice all the other countries that either produce natural gas, or (and above all) have the other pipelines in the ground! As now the geopolitical importance and economic value of these pipelines has multiplied. Let’s look at the following map of Russian natural gas flows: Yamal passing from Belarus to Poland and Germany. Soyuz and Brotherhood through Ukraine. The Blue Stream via Turkey to Bulgaria. And even the Azeri pipelines, like TAP that passes through Greece! Νow with Nord Stream out of service (and maybe for a long time), sees that those countries geopolitical position increasing.

Essentially, with the inactivity of Nord Stream, the way is wide open for East Med, i.e. the planned pipeline that will bring natural gas to Europe from the Egyptian, Israeli and Cypriot fields, via Greece. Do we remember what the Americans were telling us a few months ago? That East Med doesn’t make sense because it isn’t “cost effective”? But it just happened!

However, as we said at the beginning of our analysis, “no” to conspiracy theories. The fact that other countries benefit, other producers and traffickers of natural gas to Europe does not mean that they are the “executors” of the sabotage. Who will do it in the middle of the Baltic? The Ukraine? Romania or Poland? Kazakhstan perhaps which produces huge amounts of gas? And why; To risk a complete upheaval of relationships, balances, commitments, strategic alliances, in a move that half of Europe will consider a normal “shot” below the waist? So things are not so obvious and simple.

Can the sabotage tech show the suspects?

By looking into the “technical” part of the sabotage maybe we can narrow down the suspects? Maybe. But the Baltic at the point of sabotage is relatively shallow, about 100 meters, so no exotic “tool” like e.g. the Russian or American submarines of the navies of the two countries. However, the location of the sabotage is of great interest as it is close to the Danish island of Bornholm. There, as well as on the neighboring island of Ertholmene, there are facilities for monitoring Russian telecommunications. And in general, this whole island zone in the center of the Baltic is a point of constant action by Western countries and powers.

So did Russia or another eastern “player” manage to penetrate the shallow Baltic, transport some valuable diving equipment, undermine at least 3 lines, as Nord Stream 1 and 2 are each a set of twin pipelines, and not be made of anyone aware?

The image of the density of surveillance air flights in the Baltic since the beginning of the war in Ukraine, by Western aircraft, is indicative so to speak. Literally, the area is scanned daily by mainly Swedish surveillance aircraft but also by other means. Plus the presence in the area of western submarines that have blockaded the Gulf of Finland and Russia’s sea stations there. We ask again: In such an environment who can dare to sabotage and believe that he will succeed?

So here’s the gist. If it’s not big countries and those directly involved, responsible, or at least they don’t seem to have interest, dynamism, corresponding political punch, ability to hide them, who else can do a sabotage?

The “players” behind the scenes?

Forces inside Russia e.g. who alongside the Putin regime dare to play their own game of undermining him? Western secret services, with a different agenda than the “official government”, who feel safe enough under their lax oversight to take action? Darker actors perhaps, who would like to “end” the Russian energy blackmail in the most direct way, even by causing an energy crisis in Europe that will “come to its senses” and clearly return it to Western energy dependencies? Many scenarios. And everyone can choose what they want.

After all, we said at the beginning that many conspiracies do not exist. But why do so many believe them? But why is it so fun and enjoyable to constantly imagine a kaleidoscope of adventure. Please add your own conspiracy or interpretation approaches in the comments. In the coming winter, we will all need every fairy tale to forget and warm up. 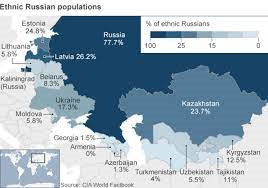 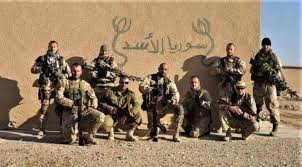