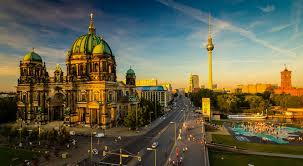 How many sides can a city hide? In the case of once divided Berlin, with its heavy history and hip present, the answer is probably “countless”. Breathtaking sights, tantalizing flavors, world-class clubbing and architecture that never ceases to amaze combine to make up a city that attracts the most diverse of travelers and never ceases to fascinate.

Baroque and futuristic, concrete and green, with a turbulent past and a promising future, Berlin is the definition of a European metropolis.

Walk to the symbols of the city

Every visit to Berlin should begin with a stop at its old entrance: the Brandenburg Gate, Berlin’s most recognizable landmark. The imposing building which is inspired by ancient Greek architecture and specifically the Doric style, is elaborately decorated with awe-inspiring statues and reliefs. The entire Pariser square in front of it hides Instagrammable corners and exudes an air of old Berlin.

Don’t miss: In five minutes on foot you will come across the Reichstag building, which houses the German federal parliament (Bundestag). It is worth seeing up close its special facade, which is all that remains of the original building that suffered successive disasters, but also to be inside its impressive glass dome that symbolizes transparency in the new Germany.

Into the dark and from there into the light

More of an experience than a tourist attraction, the Holocaust Memorial carries its own chilling aura and wild architectural beauty. Designed by Peter Eisenman and Buro Happold, it consists of gray columns intended to create an atmosphere of confusion and to symbolize a tightly organized system that has lost all touch with the human. Inside the monument you will also find the Information Office, with the stories of families who came face to face with the brutality of Nazism.

Don’t miss: Next to the monument is the beginning of the vast park that houses, among others, the world-famous Berlin Zoo, which has been operating since 1844 and is one of the most popular in the world. Lakes, rivers, rhododendrons and endless greenery, in the middle of the city. You’ll miss it when you get back to base.

An island full of museums

Museum Island, in the river Spree that runs through the city, is one of Berlin’s most iconic sites and has been designated a UNESCO World Heritage Site. Distinctions he won with his sword, since the impressive complex of buildings houses the Old and New Museums, the Old National Gallery, the Kaiser-Friedrich Museum and the Pergamon Museum. It’s worth dedicating a whole day to wander among their treasures, but if you have to choose one, we recommend the latter, where you’ll find shocking finds from classical Near Eastern antiquity, exhibits from the Middle East and works of Islamic Art of unparalleled beauty.

Don’t miss: Nearby is the Jewish Museum of Berlin which is the largest Jewish museum in Europe. There you will have the opportunity to follow 1700 years of German-Jewish history, including, of course, the dark period of the 20th century.

Palaces, gardens and a charming district

Berlin’s largest palace, Charlottenburg Palace, whose construction began in 1695, will transport you to a completely different period of German history. The summer palaces of Sophie Charlotte, wife of Frederick III, will fascinate you with their elaborate interior decoration, their imposing size, but also the beautiful gardens that surround them.

Don’t miss: The Charlottenburg area is also worth a walk, flooded as it is with architectural gems and art spaces.

The wall had its own story

As you can see, during your visit to Berlin you should definitely see up close the part of the wall that once divided the city in two and now acts as a symbol of its reunification – and rebirth. On it, 118 artists from 21 countries created works with a political content, thus composing the famous East Side Gallery. In all likelihood, that’s where you’ll get the best photos for your various profiles.

Don’t miss: Berlin, among many other things, also means flea markets. One of the leading ones is housed in the RAW building complex in Friedrichshain, where you will discover unique second-hand clothes and jewelry. 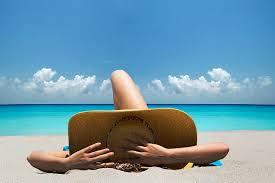 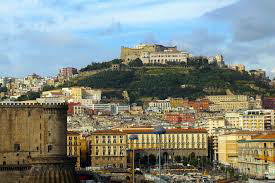 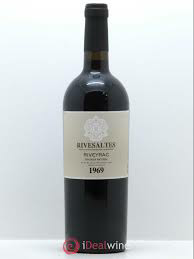