Six months since the start of Russia’s war in Ukraine, the defenders have demonstrated mastery of Western-supplied weapons systems. However, with the stockpile of armored vehicles dwindling, Ukraine’s military has been unable to wage a war of maneuver and exploit the holes its artillery is opening in Russia’s forces.

Western governments have so far refused to supply Ukraine with Western-designed tanks and infantry fighting vehicles (IFVs). But things are changing and a new plan from Berlin would win favors on both sides of the Atlantic. Ukraine has until now been unable to use NATO-standard shells and rockets because it did not have weapons capable of launching them.

The solution was as simple as it was effective: the West provided modern artillery. Ukraine put it into use. Ukraine was not yet able to overcome Russia numerically, but now it was able to put huge parts of the occupied territories under pressure. Along with precision strikes against ammunition and fuel depots and command posts, this significantly degraded the ability of Russian artillery units to fire their shells into Ukrainian defense lines.

Therefore, Western weapons helped prevent the defeat of Ukraine and increase the cost of Russia’s war. But they are insufficient to reverse the gains Russia has made over the past six months.

Western governments must now embrace a third “resistance”: after supporting Ukraine’s civil defense struggle and enhancing its long-range strike capabilities, they must equip its armed forces for maneuver warfare.

Since it became clear that Ukraine’s defenses would withstand the initial attack and that Russia’s failed blitzkrieg would turn into a long war, Ukraine’s government and independent experts have been calling on Western governments to supply Kyiv with armored vehicles to allow to his forces to move under fire and to liberate the occupied territories.

Experts warned, however, that even these stocks were finite and that the West would have to prepare for Ukraine’s transition to modern NATO-standard equipment in the event that spare parts to repair and replace damaged kit ran out. But Western partners have so far avoided supplying Western-made tanks and infantry fighting vehicles.

All the while the Biden administration is piling up successively larger aid packages, including increasingly sophisticated weaponry, being careful not to “encourage or allow Ukraine to strike beyond its borders,” in the words of President Joe Biden. Other allies are also expanding their support to Ukraine through training and equipment. Privately, representatives of these governments express determination to go further.

If the West really doesn’t want “Putin to get away with conquering a country or parts of it with a brutal military operation,” as Chancellor Olaf Solz continues to stress, its leaders must cross that red line in the armor. So now is the time to take the next step. This should be a European initiative, led by Germany, to enable Ukraine to recover territory held by Russia.

In March, Kyiv ordered 88 Leopard 1 tanks and 100 Marder-type IFVs from German industry. But like the old Soviet vehicles brought by Eastern Europeans to Ukraine, many parts are no longer mass-produced. Therefore, the core of Berlin’s new effort should be the creation of a consortium of European Leopard 2 users. This would form and equip a Ukrainian armored brigade of around 90 such vehicles and ensure the availability to Ukraine of a modern NATO standard battle tank with scalable production capacity.

The Leopard 2 tank, first introduced in 1979 and upgraded in several rounds since then, is used by 13 armies: Austria, Denmark, Finland, Germany, Greece, Hungary, Norway, Poland, Portugal, Spain, Sweden, Switzerland and Turkey. Together they have more than 2,000 vehicles in different variants and levels of readiness. The more countries that donate tanks, the easier it will be to share the burden of their contribution. The same applies to the stored spare vehicles, where only a few are in working order, while the rest need restoration.

The 2A4 and 2A5 variants account for more than half of these Leopards. Although they do not represent the latest versions of the tank, and would require some effort to reprogram the user interfaces for Ukrainian tank crews, they would be the most logical choice for a Ukrainian brigade due to their wide availability. The European Peace Facility should compensate countries to replace the donated Leopards with the latest version. The EU should also support the establishment of maintenance and supply lines in EU countries bordering Ukraine to ensure rapid repair and replacement.

So far, USA has led the international effort to arm the Ukrainian resistance, and Europe has followed. But if they are serious about assuming equal responsibilities in the transatlantic partnership, the Europeans should not wait for the Americans to make the next move this time. Instead, they should act jointly and in close coordination with their transatlantic allies. 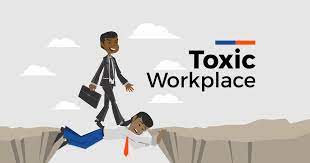