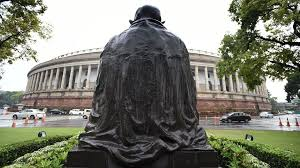 All societies that have full democracy are similar to each other. Those who do not have each suffer in their own way. The Economist Intelligence Unit’s Democracy Index ranks 167 countries in four Democracy categories:

The first category includes the Northern European countries, the Anglo-Saxon-English-speaking countries (outside the USA), the industrialized republics of East Asia and the three others (Uruguay, Mauritius, Costa Rica). A common element in almost all of them is that economic growth was based on exports of high-quality manufactured goods or services. Many, but not all, have a strong welfare state, built in an era of rapid growth.

In such countries, a large part of the middle-income and working class is exposed to international competition and can live well only if the company where they work has high productivity or is constantly innovating. It is a common phenomenon in imperfect democracies (category 2) and hybrid regimes (category 3), the good professions that have social prestige and political influence are still those characterized as introverted. That is, lawyers, doctors and civil engineers.

Democracies without export activity, but with income from services such as e.g. tourism does not offer many jobs for stable and comprehensive employment due to seasonality. In these conditions, democracy in these countries will necessarily be incomplete or of a hybrid character. Powerful interest groups of the middle income class, in this type of democracies, demand and obtain favorable treatment from the state at the expense of all other social classes and especially at the expense of the weak.

Examples of favorable treatment in such countries are the cost of medicines, which at times appears extremely high. Not only the big pharmaceutical companies, but also the pharmacists and doctors of the private sector benefited from this favorable policy. In order for them to live well, the governments of these states set high prices for drugs, with a very large margin of profit both wholesale and retail, and allowed doctors to prescribe without limit. A corresponding example of favorable treatment towards a specific social group occurs with the construction of public works by construction companies that overprice the works, favoring both the private construction companies themselves, the profession of civil engineers, but also the government officials who approve the “inflated” estimates of the public works. Another example is the provision of high pensions to specific social groups and professions respectively, such as civil servants, bankers, etc., in which there is an exchange between government and state power with specific exchanges.

Where there is great social pressure on the state to distribute rents, corruption thrives. The real causes of government spending are hidden, many government and government officials get paid to implement such policies, and ghosts are hunted in the public sphere to mislead public opinion.

The only salvation in these countries, to obtain full democracy, is to change the balance of economic interests in these societies and especially in their middle income class. Of course, the state should not only be run by some oligarchs. If the number of citizens – the social classes – who live well from real production and not from income increases significantly, then they will positively affect the functioning of the Institutions in a democracy.

All those citizens who work with companies that live only on their exports, find out how different their ethos is compared to the average small-medium business. There is meritocracy in start-up companies that address the global market. They did not reserve high positions for relatives and friends, but only give them to those who do their job very well – because if they don’t do their job well they will disappear. Government support can help these businesses, but without an excellent product and good organization they will not survive.

The governments of the countries whose Democracies are classified in the category (2 & 3), should systematically implement policies to strengthen extroversion and productivity, and with simultaneous changes in education, taxation, infrastructure and state administration. Surely the interests affected will be many and they will react. But prosperity will spread to an overwhelming percentage of their population, increasing the electoral votes for the political parties that will implement such policies. The outcome of this struggle will determine the future of the democracy of each of these countries.