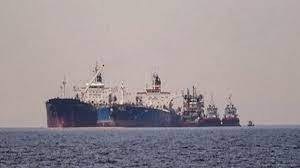 Iran has called on Greece to co-operate in resolving the crisis without US involvement, following the capture of two Greek tankers by Iranian forces in the Gulf, according to Reuters. Tehran launched a military operation against Greek tankers, using as an excuse for the operation that Athens had previously stopped Iranian-flagged tankers at the behest of the US, and then the US seized the oil cargo it was carrying, as part of US sanctions imposed on Tehran.

US and Greek diplomats called on Iran to release Greek tankers immediately. “Mr. Blinken must realize that the time has come for the United States to impose its own rules on the world,” Iranian Foreign Ministry spokesman Saeed Khatibzadeh told Reuters, calling Washington “the biggest disruptive factor.” free trade in the world “.

“Unfortunately, the Greek government has shown that taking orders from a third party is more important to it. But we believe that relations between Iran and Greece must remain in good faith,” the spokesman told reporters.

The role of Turkey

The absolutely successful trip of the Prime Minister of Greece Kyriakos Mitsotakis to the United States and his historic speech in the Congress, provoked the anger of the President of Turkey Recep Tayyip Erdogan, which expressed himself by saying that “there is no longer Mitsotakis for himself”, marking the beginning of a new” warm “period in Greek-Turkish relations.

The fact that Turkey does not apply the sanctions imposed by the West on Russia, due to the Russian invasion of Ukraine, shows that it is the only NATO member that does not follow the coordinated policy of the West and wants to pursue an independent policy between to two military superpowers (US-Russia). This policy has led Turkey to believe that it has the right to provoke a revision, which in its view is a geopolitical chessboard.

In this context, where Greece has very strong alliances with both the US and other EU member states, and because Turkey can not implement any of its revised and imaginative plans, it uses Hezbollah, which is so Iran and Turkey are generously financing, with Hezbollah maintaining its headquarters in Istanbul.

Hezbollah is the “invisible” link between the deep Turkish and Iranian states respectively, bringing the two sides into contact, where the two countries formally have conflicting interests in the development of the Kurdish issue and their rivalry in the control of the Middle East.

For both Turkey and Iran, for control of the Middle East, their common enemy is Israel. Hezbollah, apart from being the spearhead for these two countries, is also their connecting link. With the seizure of the two Greek tankers, Iran found the opportunity to challenge the USA, knowing the need of the West for oil, while Turkey to indirectly put pressure on Greece and if it can not otherwise.

The agreement for this operation, between Iran and Turkey, was made by members of Hezbollah who operate in Istanbul and have their contacts in both Syria and Lebanon, but also in Tehran.

The problem that arises

Seizure by Iran of two Greek ships in the Persian Gulf increases the risk of further disruption of transport from an area that is a vital source of global energy supply. About 27% of the world’s tanker fleet is Greek-owned. Greece is the nation with the largest fleet of oil tankers in the world, which makes any dispute with Tehran potentially serious for the world market. Similarly, about one-fifth of daily crude oil supplies pass through the Strait of Hormuz, the narrow sea route that separates the Persian Gulf from the Indian Ocean, and crude buyers around the world.

At $73.24 per barrel, Moscow announced that it was selling at a time when markets are trading in “black gold” even above $120 per barrel – countries such as China, India and Turkey have sharply increased demand for Russian oil in in the quarter of the war in Ukraine – The International Energy Agency warns of shortages of gasoline and diesel in the summer.

At the moment there is a simultaneous, triple crisis in energy – in oil, gas and electricity, when in the great crises of the 1970s, the problem was focused exclusively on oil.

According to the Russian Ministry of Finance, the prices of the Urals crude fell by 23% from mid-February to mid-March – in the first phase of the Russian invasion of Ukraine – while during the same period, brent rose by 3%.

With the imposition of the embargo – and as it takes effect at the end of the year – Russian crude prices could fall even further. At the same time, Russia is turning to Asian markets to fill the demand gap for its oil. 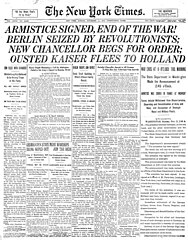 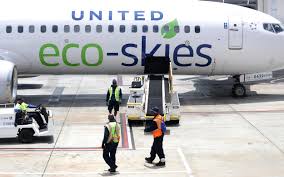 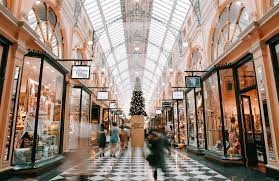