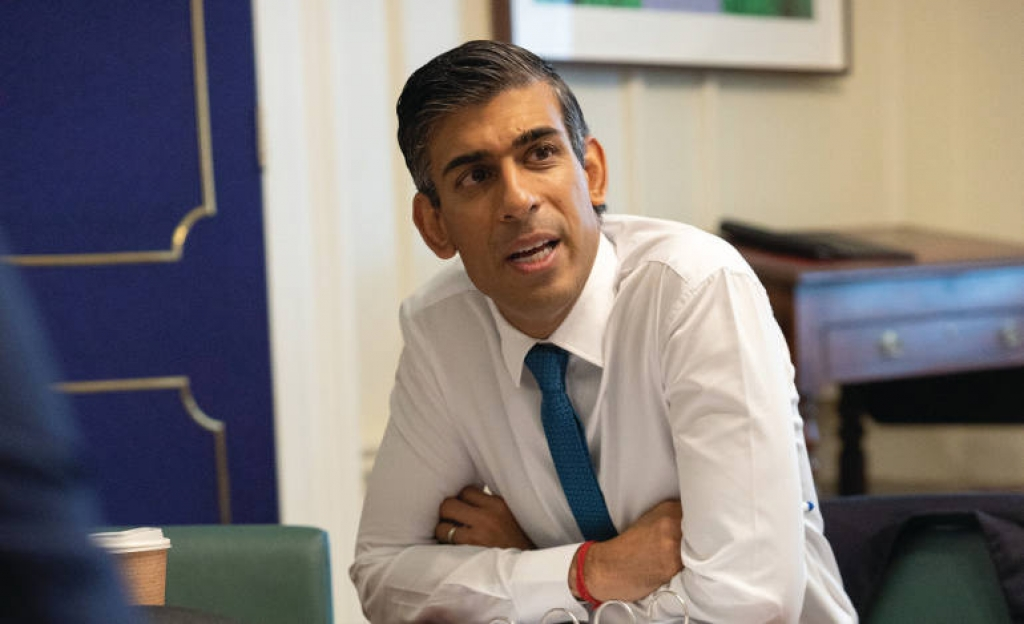 Since the Brexit referendum in June 2016, the UK is on its fifth Conservative prime minister. From David Cameron, to Theresa May, then Boris Johnson, a brief stint by Liz Truss and now Rishi Sunak’s turn.

Rishi Sunak can be considered a political surprise as he is only 42 years old and became an MP for the first time in 2015. Crucially, he does not have the profile one would expect from the Brexit frontrunners.

The Brexit movement drew on a mixture of English nationalism and remembrance of empire. Its most characteristic exponent was Boris Johnson, who has published an interesting book about Churchill and tried in every way to revive the “greatness” of global Britain.

The end result was that Rishi Sunak, the son of Indian immigrants from East Africa with a middle-class profile, became the Prime Minister of the United Kingdom. His father worked as a doctor in the national health system and his mother had her own pharmacy. Sunak himself was very well educated at Oxford University and then at Stanford University in California. He was an executive at the investment bank Goldman Sachs and then a fund manager at two hedge funds.

He is a self-made millionaire and through his marriage to Axata Murthy, daughter of a billionaire Indian IT tycoon, has a family fortune more than double that of King Charles III, estimated at £730m.

In early 2022 it was revealed that his billionaire wife was not paying UK tax as a ‘non-resident’ of the country. It was considered a scandal, but despite all this, Sunak remained popular and maintained his political momentum.

He is a religious Hindu and his “profile” has nothing to do with the preferences of the “architects” of Brexit.

He became prime minister after first losing the contest, among members of the Conservative Party, to Liz Truss. The fall of the latter created a political space that Boris Johnson could not fill, despite his attempt to return to the leadership. Thus, Sunak was the only member of the Conservatives who was able to secure 100 signatures of the party’s MPs, to take part in the process of electing the new leader. Since Johnson was unable to run and no other executive had expressed an interest, Sunak emerged as Conservative leader without again passing the test of the party’s membership vote.

As Indian citizens declared on international television networks, making the relevant humor: “We were under British rule for centuries, it’s time for us to rule in the United Kingdom.”

The emergence of Sunak as leader of the United Kingdom is one of the contingencies of Brexit, which has the stamp of the political thinking of Nigel Farage and Boris Johnson.

Increase in the number of immigrants

Brexit was largely decided because of the refugee, migration flows caused by Erdogan’s policies in 2015 and 2016. Over 1 million refugees and migrants came through Turkey to Greece and were then pushed on to Austria, Germany and Sweden. Few of them ended up in the UK but an image of uncontrolled entry of foreigners into the European Union was created which was skilfully exploited by Brexit supporters.

One would have expected that after Brexit prevailed there would have been severe restrictions on immigration, since this was one of the main purposes of Brexit.

The UK Home Office has released figures relating to visas, asylum and immigration for the twelve months ending June 2022. These reveal an impressive increase in immigration compared to the years before the pandemic, with 1.1 million visas have been granted to people wanting to live in the UK, over half a million more than in the twelve months to June 2019, before the pandemic.

Visa issuances broke all previous annual records, suggesting that despite government pledges to control and limit immigration, just the opposite is happening.

Therefore, the Conservatives who campaigned for Brexit to limit immigration contributed with their policy to its increase. Many of the visas granted in 2022 were for a good cause. 21,000 Afghans who had collaborated with the British and were at risk after the Taliban took over were resettled. 130,000 Ukrainians came to escape the dangers and hardships of war, while the UK welcomed 70,000 from Hong Kong, after Beijing imposed a tough regime of political control.

Essentially, the Conservatives in government left the European Union by restricting immigration from EU member-countries – just 64,700 European citizens got visas in the twelve months ending June 2022 – to dramatically increase immigration from third countries.

Brexit and the promotion of various economic myths

The pro-Brexit momentum was based on the promotion of various economic myths. The British economy, freed from the restrictive rules of the European Union, would become more dynamic and capture a larger share of the world market. Without the “guardianship” of Brussels, the UK would gain a tax advantage and free up the labor market, contributing to the international competitiveness of international businesses. Even the national health system would secure additional billions from scrapping the UK’s net contribution to the European Union budget.

None of this happened. In contrast, the United Kingdom came out at a loss in its dealings with the European Union, while even the mighty City of London saw some slight attrition in favor of its European rivals.

The downfall of Liz Truss, who was prime minister for just 44 days, also marked the official end of the economic myths that developed around Brexit. The Trust proceeded with drastic reductions in corporate taxation of £45 billion, without taking care to finance them with corresponding spending cuts or increases in other taxes. A crisis of confidence was created as a result of which the markets reacted negatively, the lending rates increased, the pension funds lost huge amounts and the dynamic intervention of the Bank of England was needed to prevent their destabilization.

Leaving the Prime Minister’s residence, Truss made the following statement, like a staunch Brexiteer: “We had a vision of a low-tax, high-growth economy that would take advantage of the freedoms of Brexit. But I recognize that, given the circumstances, I cannot be consistent with the mandate I received when I was elected by the Conservative Party.”

In his battle with Liz Truss for the Conservative bid and the premiership, Rishi Sunak appeared more measured and responsible in his financial promises. Now he is called upon to sort out the UK’s struggling finances and control inflation of around 10% which is driving down Britons’ real incomes and causing a social backlash.

Sunak is also responsible for the difficult economic situation of the United Kingdom since he was Chancellor of the Exchequer in Boris Johnson’s government. He may have been more reserved and responsible than Johnson and Truss, but he made a record of benefits and thereby popularity during the pandemic.

He argued against the lockdown on economic grounds, contributing to the large increase in deaths. He spent hundreds of billions of pounds and deferred business tax obligations to cope with the pressures of COVID-19. After all, it’s hard to come across as a consistent advocate of fiscal orthodoxy, and even harder to convince Conservative executives and voters of tough adjustment measures.

The image of the ultra-rich with the tax-free billionaire partner certainly does not help him in his political pursuits.

The National unity in focus

The greater risk in the medium term is to the unity of the United Kingdom from Northern Ireland. It has fallen into economic decline and London’s conflict with Brussels over trade arrangements governing Brexit is leading to political tensions in Northern Ireland and government paralysis, with Unionist Protestants boycotting joint rule with Catholics. The latter acquire with the passage of time a numerical and political advantage and the temptation to claim, when conditions allow, the union with the Republic of Ireland, which has developed significantly and is considered one of the great economic successes of the European Union, is strengthened.

Rishi Sunak’s advantage is the political weakness of the Conservatives. They are far behind Labor in the polls, some showing a gap of 25-30 points, and are motivated to run out the five-year term until January 2025 to claim a good election result.

Sunak does not have the classic Brexiteer profile, although he has been a consistent supporter of Brexit. He is called upon to take tough economic measures, with his government having a popularity problem. He does not have the mandate of the British people or even the members of the Conservative Party. It is a question of him controlling 1/3 of the caucus, and it is clear that Boris Johnson will do everything he can to undermine him, because by resigning as finance minister, Sunak contributed to his own downfall.

Sunak may in part represent a “global Britain” but not in the way that the Brexiteers had in mind. The fact that he is the child of Indian immigrants and married to an Indian billionaire highlights the multiculturalism of the former empire which could underpin, under conditions, the UK’s economic growth. After all, India is emerging as a leading player in the digital economy and other areas, while strategically acting as a counterweight to China’s growing influence.

The UK’s problem is that it is struggling to turn the traditional ties of former empire and commonwealth into an economic advantage. It is likely that Sunak will attempt this in a way that departs from the traditional thinking of Brexiteers.

The European Union cannot afford to bask in the difficulties and complications that Brexit has for the United Kingdom. Russia’s war against Ukraine and the multi-dimensional crisis it is causing highlights the strategic importance of the UK to European security and economy. It should also be noted that the British are exemplary in terms of military aid to Ukraine and set a good example in this matter in the European Union of 27. 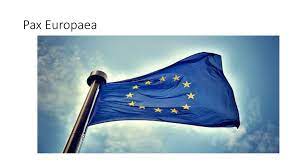 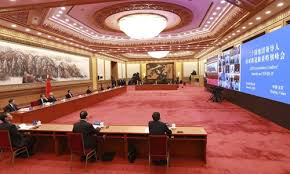 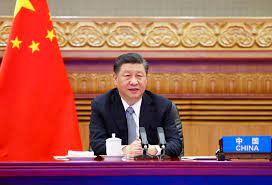