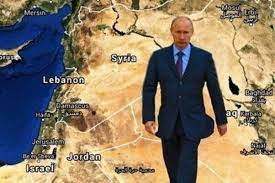 Hezbollah-Hamas-Iran “see” the Russian failures in Ukraine and plan their course in Syria and their attitude towards Israel. Russia is a key ally of the Syrian regime. Hezbollah plays a role in Syria because of the Syrian civil war and has also sent officers and terrorist cells to areas near the Golan.

Why are Syria and Tehran worried?

A Russian backslide will worry Damascus and may also worry Tehran and its proxies. This is a complicated issue because there is a lack of clarity regarding Russian support for Iran, and it does not appear that Russia supports Iran’s proxies or its conflict with Israel. However, Russia is playing a role in stabilizing the Syrian regime. The stability of the Syrian regime enables Iran to operate in parts of Syria.

Therefore, Russian success in Ukraine matters to Iran because if Russia is weaker then it may mean that the West will be stronger in dealing with Tehran and other authoritarian regimes. On the other hand, the more Russia focuses on Ukraine, the more Iran can expand its role in Syria.

Defeating Russia on the battlefield overall would show Iran that Russian military technology is not as good as Moscow claims, which would also influence Iran’s decisions about relying on Russian technology. This complex matrix of issues means that Iran’s proxies are also looking at what is happening in Ukraine.

Ιf Russia cannot even impose itself on Ukraine, what will this mean for Syria?

Iran is getting closer to China, but also relies to some extent on Russia. Russia is also involved in the Iran deal talks. Iran may conclude that Russia is interfering with Iran deal talks and not actually helping Iran.

Iran is now exporting drones to Russia. Ukraine claimed to have shot down an Iranian-style drone used by Russia. This shows that Russia can rely on Iranian technology. This cements the Iran-Russia military nexus and has implications for Iran. It means that Iran will want something in return from Russia.

If Russia is forced to rely more on Iran, then this has implications for Israel’s policies in Syria.

If Russia cannot find a scapegoat or reverse the retreat, it will leave Iran wondering about Moscow’s power.

What did Hamas do in Moscow?

Hamas said in a statement that “a high-level Hamas delegation, led by Politburo chief Ismail Haniyeh, met with Leonid Slutsky, chairman of the International Affairs Committee of the Russian State Duma, and Grigory Karasin, chairman of the Council of Russian Federation. Committee on Foreign Affairs, in Moscow”.

The Hamas delegation met with Russia’s foreign minister while in Russia, but aside from diplomatic support, it was unclear what Hamas would receive. The overall context shows that Hezbollah, Hamas and Iran are watching Russian failures in Ukraine.

They will draw their own conclusions about how this can affect the Syrian regime and also the consolidation of Iran in Syria.

Iran is seeking to move munitions through Aleppo International Airport and appears to want to focus more on northeastern Syria as a transit point to Hezbollah, potentially bringing Iranian-backed forces in Syria closer to Russian forces in Khmeimim. This could be so that Iran gains protection.

Meanwhile, Iran has also threatened the US in Syria, and the US retaliated with a drone strike in August. The more the US sees Iran supplying Russia with drones the more Iranians will be punished with drone strikes.

The US is also angered by Iran’s cyber attacks on the West. Overall Iran is forced to rely more on Russia and China, but Russia appears weaker after Ukraine’s setbacks.

Iran went to Uzbekistan this week for the Shanghai Cooperation Organization meeting. He saw the Russian president meet the leader of China. It must be wondering whether its investment in an alliance with Russia and economic ties with China will pay off.”

What can be concluded from the above?

The above shows the interaction of the war in Ukraine and the negative outcome it has recently had for Russia, with the future developments in Syria and the attitude of Iran and Hezmopplah-Hamas towards Israel

A further increase in Iranian influence in Syria, which in turn could lead to a new war in the Middle East between Israel and a 3-power arrangement of Hamas-Hezbollah-Iran or part of it, should no longer be considered improbable of these.

Regarding Turkey, in such a case it will probably find the opportunity to attack the YPG Kurds of Syria, maintaining an anti-aircraft stance. 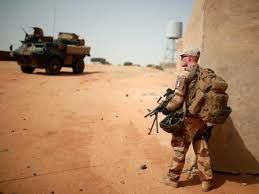 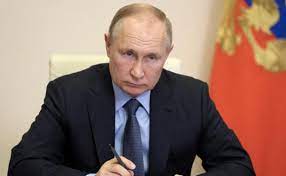 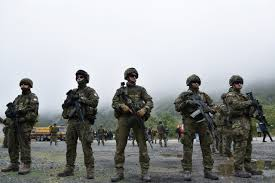