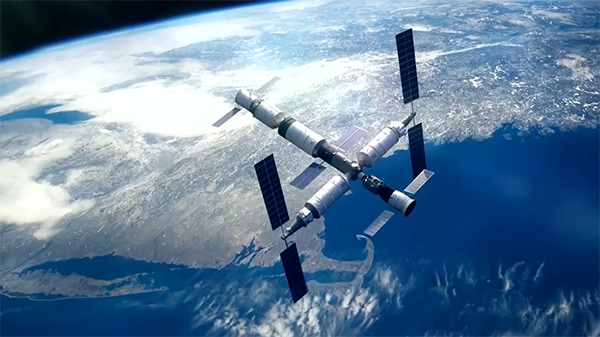 As thousands of Chinese take to the streets to protest the intolerable ‘zero Covid’ policy, others have been celebrating the official opening of the ‘Heavenly Palace’, China’s first space station.

The Tiangong space station on Wednesday welcomed three astronauts to replace the three previous occupants. With this first changing of the guard, the orbital laboratory officially begins operation.

China thus becomes the only country in the world that currently has its own space station. She thus takes revenge for NASA’s refusal to accept her on the International Space Station, due to an American law that prohibits cooperation with China.

The new crew traveled aboard the Shenzhou-15 (“God Ship”) spacecraft that had launched Tuesday night from the Zhuquan space center in the Gobi desert in sub-zero temperatures, state television reported. It took only six hours to reach their destination. Shenzhou-15 was the last of 11 missions needed to assemble Tiangong from April 2021.

The station’s final sub-module, the Mengtian, or ‘Heavenly Dream’ laboratory, was launched in October and again caused international uproar – including Greece – as the rocket’s upper stage was allowed to fall uncontrolled to Earth.

The station’s previous crew, which arrived in early June, will return to Earth after a week, during which time it will be tested whether the station can accommodate six people at once.

The Shenzhou-15 mission comes at a time when the Chinese government is facing for the first time massive protests over harsh pandemic restrictions, as well as a slowing economy.

But many celebrated with a sense of national pride. “Long live the motherland!” was one of the comments on Chinese social networks.

The “Heavenly Palace” is perhaps the most significant moment in nearly 20 years of manned Chinese missions.

For the next missions, China is accepting applications from prospective astronauts with PhDs in science, after the first generations of astronauts who were former fighter pilots. 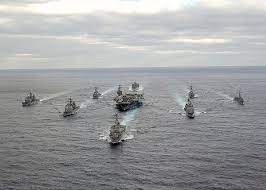